A downloadable game for Windows

You awaken as a ghost with no memories at all. Your goal is to recover your memories, for which there are five altars scattered around that can help you, and to get to them you can possess several bodies. You can solve simple challenges with the advantages that each body brings you.

The game is played with the keyboard only. You can move with WASD, IJKL, or with the arrow keys. There is one action key, for which you can use Z, X, C, the Spacebar or the Enter key.

You can pause the game by pressing the Escape key, where you'll be able to mute the music or all sound effects if you wish.

Made for the Godot Wild Jam #7, with the Possession theme.

Managed to finish and.. well, the rat area was frustrating (infuriating even) but.. but.. the mystery of the ghost got me hooked so... Mo' ghosts, less rats. :)

There were indeed more possessions planned but I ran out of time.

[Spoilers ahead] Also take into account that the following is regarding the jam version.

I apologize for your experience with the rats.  I confirm that them killing you as they die too close is a bug and the yellow potion (that gives you movement and animation speed) is supposed to apply immediately, yet didn't until switching/reloading the level. This didn't happen while testing somehow. Regarding the rats, in my defense, there is a provoking mechanic where rats aren't aggressive if you don't touch them, until you attack near them. When they blink white they have been provoked. This allows to kite them on the vertical passage. Them killing you as they die is not intentional though. I also realize now that them being so overpowered ruins the fun. I will fix both these problems asap.  For a fun fact, there were initially three times as many rats and bats but I reduced it because it was driving me insane as well when testing. Lol.

The moss potion applies a small change to the statue's sprites, which can be hard to notice. Thank you again for playing and for the feedback!

Thanks for providing more details, I didn't actually realize they get provoked. It seemed that, anytime I would get close, even if not attacking, they would chomp on my granite feet.
Oh, and I saw the change in sprite, I just thought there was something else added, like higher resistance or such. If there will be update, I'll take on those rats again. :) 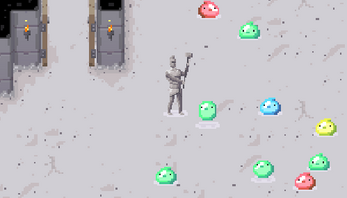 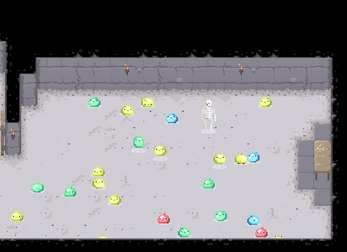 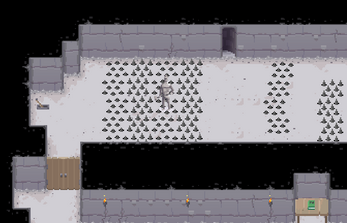 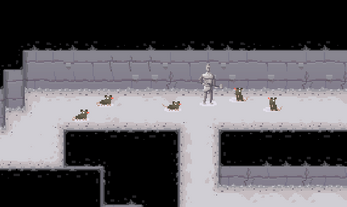